If you’re not familiar with the world of wine, trying to read a wine label can often feel confusing, overwhelming, and feel like a foreign language. But it doesn’t have to be this way! Wine labels are intentionally designed to convey information and help consumers if you know what you’re looking for. The information a producer chooses to include (or not include) is there for a reason. It’s meant to communicate something to us. Oftentimes, it’s the only communication a winemaker has with potential customers. So they deeply consider everything about the packaging.

In this post, we’ll break down 10 terms that are commonly found on a wine label, what they mean, and how you can use them to buy better wine that you’re going to love.

Cheers to that, my friend!

Perhaps the most important part of buying wine, a varietal refers to the type of grape used to make the wine. Similar to how apples come in a wide range of different types and flavors, so do wines. Some of the most common are: Cabernet Sauvignon, Merlot, Sauvignon Blanc, Chardonnay, and Pinot Noir. Outside of those, there are hundreds and hundreds of others out there, and I highly recommend giving them a try when you stumble upon them. It can be quite rewarding to experiment in the world of wine!

On most “New World” wines, the varietal will clearly be printed on the front label, however, this is not the case for French wines and some other “Old World” regions. If it’s not on the front label, you can check the finer print on the back or use a wine-scanning app such as Vivino to learn more about what’s inside.

Speaking of Old World vs New World wine, you’ll often hear oenophiles reference these terms. These are broad categories that describe where the wine was produced: “Old World” refers to Europe, where modern winemaking began. Wines from France, Italy, Germany, Spain, Hungary, etc. are all considered old-world wines. As a very general rule of thumb, these wines tend to be higher in acid and lighter in the body.

“New World” refers to countries that imported or learned their winemaking from Europe. These include places like the US, Argentina, South Africa, and Australia. New world wines tend to be higher in alcohol, fuller-bodied, and less acidic. 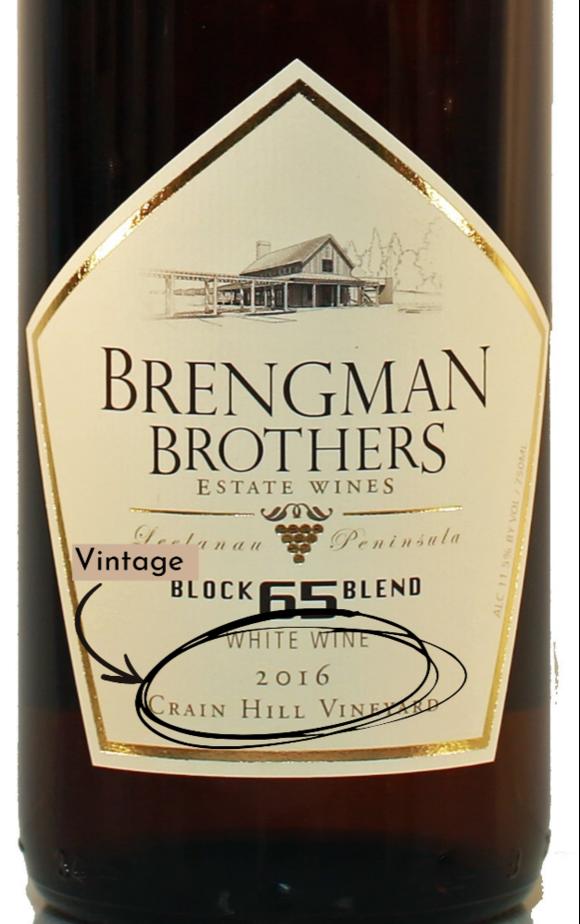 A wine’s vintage refers to the year the grapes were harvested. This is almost always clearly indicated on a wine label unless the wine is “non-vintage”, which indicates that the wine is a blend of multiple vintages. Most Champagne is non-vintage.

Vintage is important because it can help drinkers decipher the bottle’s readiness to drink. A few general rules here:

Note that there are exceptions to each of these points, but this will help you as you begin your journey.

To understand acidity in wine, I want you to picture biting into a tangy, juicy lemon. Picture its bright yellow peel and pale, fleshy fruit. Notice how as you image this, your mouth begins to salivate along the sides and bottom of your tongue — acidity in the wine will have this same effect. Acidity gives the wine its slightly sour and tart taste. As a general rule, wines from warmer climates are less acidic and cooler climate wines are more acidic.

Tannin tends to be one of the more misunderstood aspects of wine, as people often confuse it with dryness. In wine, dryness refers to the level of residual sugars in the wine. Tannins, on the other hand, are compounds that come from contact with the grapes’ skin, stems, and the barrels that wine ages in. For this reason, red wines tend to have more tannins than white wines. The more structured or fuller-bodied a wine, the more tannins it contains.

To identify tannin in the wine, think about the drying feeling you get from an extremely strong black tea; that’s tannin.

On a wine label, you may come across the word “Reserve”, as in “Vintner Reserve Chardonnay”. The indication of Reserve sounds fancy but it doesn’t actually mean anything official. There are no rules to what a reserve wine is and thus this word on a bottle could mean nothing at all.

Many small producers use it to indicate their top-tier wines that use the winemaker’s highest quality production wines from the best barrels. Take this indicator with a grain of salt if the wine you’d like to buy seems too good to be true.

Late harvest wines are made from grapes that are left on the vine past the typical harvest date, well past their peak ripeness. As the grapes hang there, they become sweeter over time as each grape dehydrates, dries out, and the sugar content becomes more concentrated.

These wines are intensely complex and delectably indulgent. If you’re a lover of sweet, dessert wines, I highly recommend looking for this on the label, as these wines contain higher than average residual sugars. 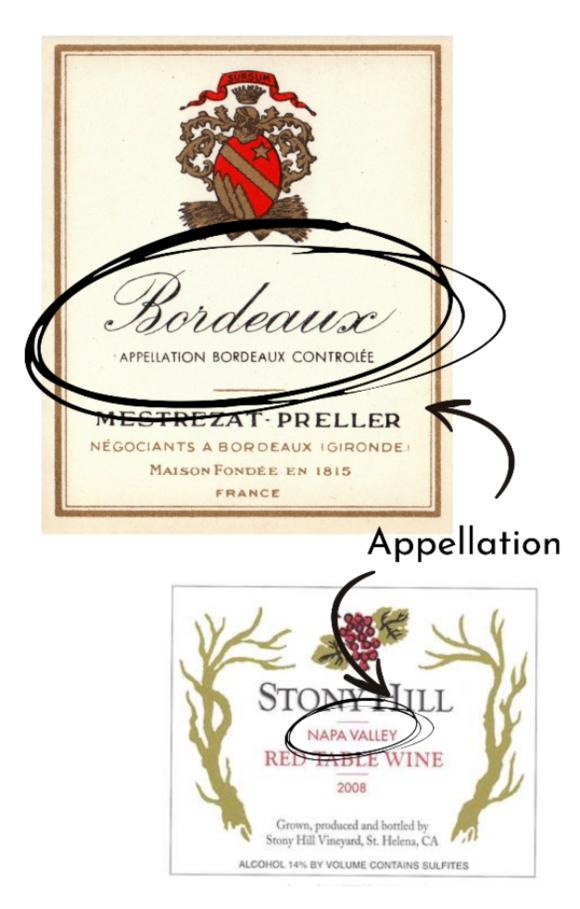 Appellations refer to the geographical area the wine is from. You’ll find bottles labelled with things like Napa, France, Bordeaux, Italy, Washington… it can refer to a large area of land (such as a country), or a smaller area of land (such as an area within a city or state). Very basically, an appellation is how a country categorizes its wines by geo-political boundaries, and each country has its own specific set of rules. These laws and regulations may dictate where the grapes were grown and how the wine was made.

Traditionally, the smaller and more specific the regions are, the higher quality the wine produced. While that might not always be the case now, it’s still quite helpful to become familiar with at least a handful of appellation names and their rules.

While there’s a lot of complexity in the world of wine, the truth is it’s just a drink. You can make the experience as deep as you want, or as simple as you want. If you want to take your wine drinking to the next level, consider taking an online, self-paced wine course, such as 7 Days to Wine Confidence.